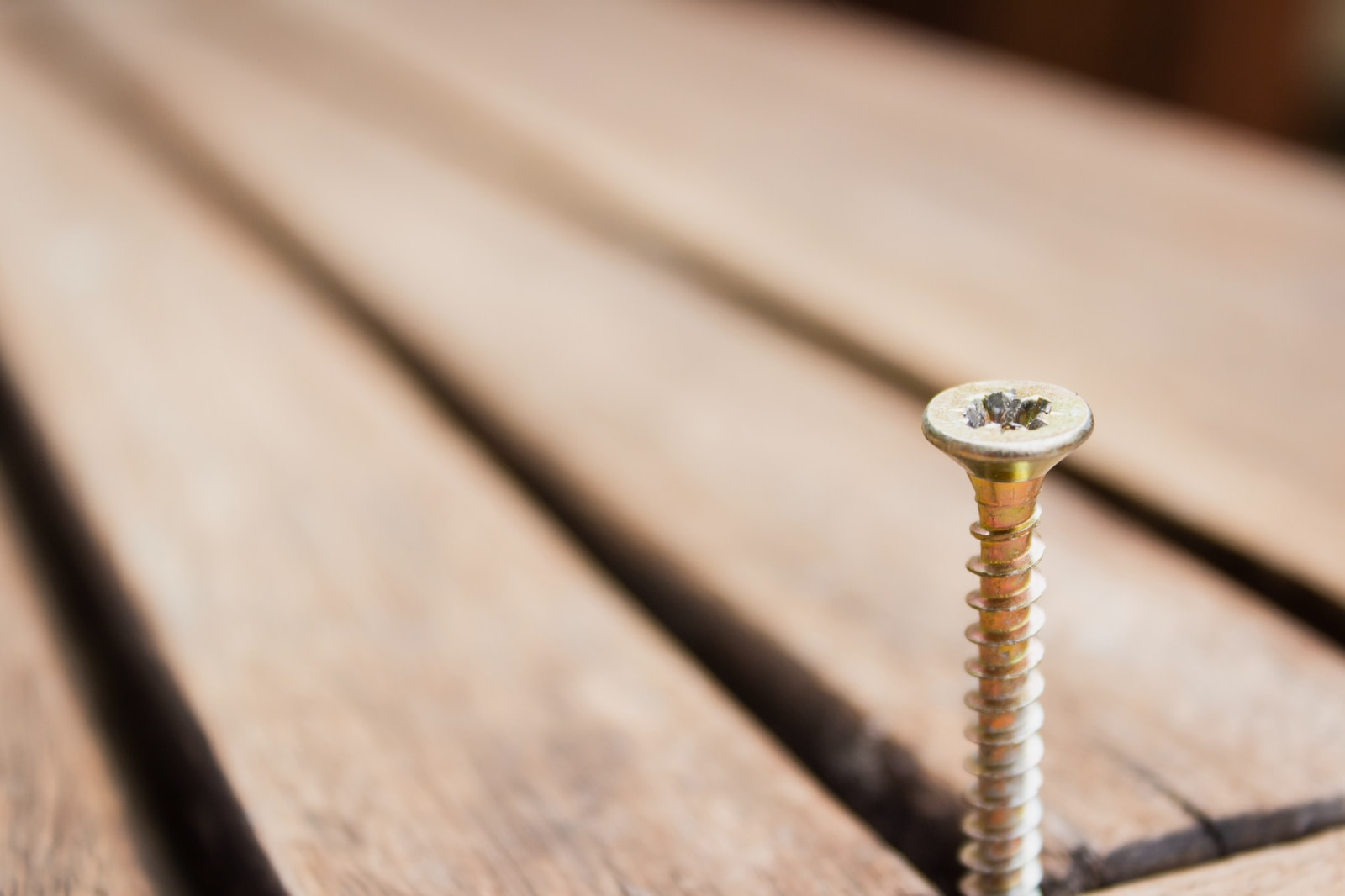 Cabinets are one of the major pieces of furniture to have inside your property.

They serve an important purpose in storing and keeping all your files, documents, and even your clothes safe from dirt, dust, and damage.

The proper installment of your cabinet with the right furniture screws will keep your cabinet secure for a long time.

Failing to use the correct one will definitely lead to disaster and unwanted repair.

It is critical to understand how to properly place your cabinet against the wall. So here are the step-by-step instructions for doing it yourself.

We are here to discuss a step-by-step guide on how to install your cabinet securely with the use of furniture screws. Additionally, this article intends to differentiate the best screws to use per furniture or appliances. 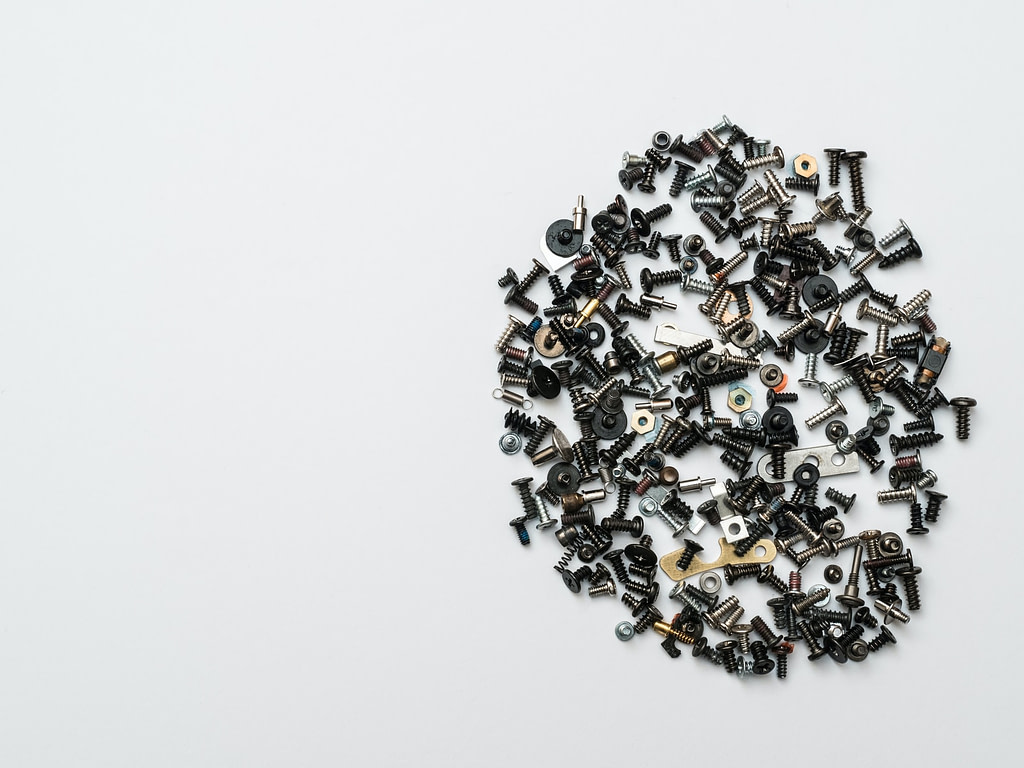 1. How to install the cabinet using furniture screws?

2. Different Kinds of Screws for Your Furniture Hardware

1. How to install the cabinet using furniture screws? 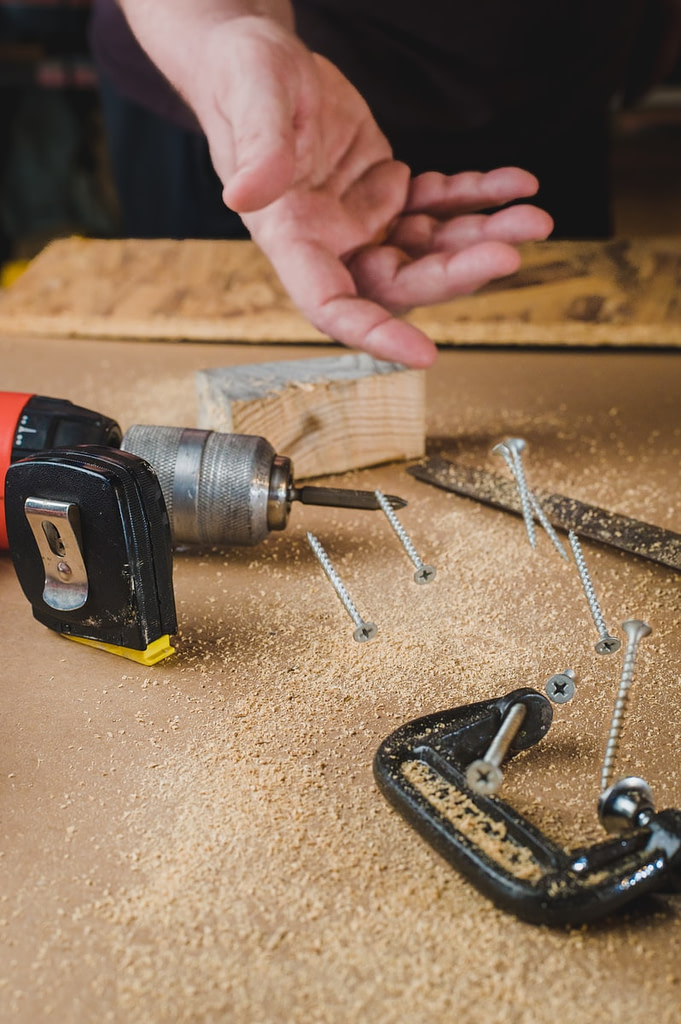 A solid plan is the foundation of a successful cabinet installation. Draw a level line from the highest point in the floor to the top of the base cabinets.

Draw another line 19-1/2 inches up from that line for the base of the top cabinets.

Mark the position of the kitchen wall cabinets and appliances.

Draw a vertical line to align the first cabinet to be placed. Finally, when you begin a how to put kitchen cabinets job, note the stud positions.

Most of the time, you may shim the cabinets as you go, but if the wall has a significant bow (more than 3/8 inches), shim it out before hanging the cabinet.

If you don’t, you may inadvertently pull the back of the cabinet off when securing it.

Holding a level against the wall, move a shim up from the base until it’s tight. Then secure it with a pin or tape.

To begin installing top cabinets, put them on a ledger board—this will guarantee a beautiful, straight alignment and will save you the trouble of keeping the cabinets in place while attaching them to the wall.

After you’ve finished installing the upper cabinets, you may continue on to the lower kitchen cabinets.

When joining two cabinets, align the front frames and fasten them together.

At this point, both cabinets should be attached to the wall, although you may need to loosen one or both to get the frames to line up properly.

Hand-screw clamps do not flex, and less flex implies a more secure grasp. Before putting them together, predrill a 1/8-inches hole using a 2-1/2-inches furniture screw.

Choose the least visible of the two cabinets for drilling and screw head placement.

1-5. Shim the cabinet after fastening the back

Align the base cabinets with the wall’s level line. Attach the cabinets’ backs to that line.

After you’ve leveled the backs of the cabinets, use shims to level the sides.

Take your time with this step—no one wants eggs to roll off a sloping tabletop.

At the top and bottom, measure the distance between the wall and the end cabinets.

To each measurement, add 1/16 in. and draw a line on the reverse of a filler strip.

1-7. Fit and Secure the Filler

Test-fit the infill strip and polish the bevel’s sharp edge until it fits properly.

Install the strip by pre-drilling and screwing it to the cabinet frame.

The placement of knobs and pulls isn’t set in stone, but there are certainly best practices.

One excellent rule of thumb is to align a knob with the bottom door rail’s top.

When installing door handles, make sure the bottom of the pull is parallel to the top of the door rail. Always keep them centered on the doorpost.

If you’re not sure where to place the knobs and pulls, apply a piece of disposable putty glue to the hardware and experiment with various locations.

Mark the one you want with a pencil and then install the remainder of the hardware.

Reusable glue may be purchased in hardware and art stores.

If you want to watch an entire video of the cabinet installment, click this video:

2. Different Kinds of Screws for Your Furniture Hardware 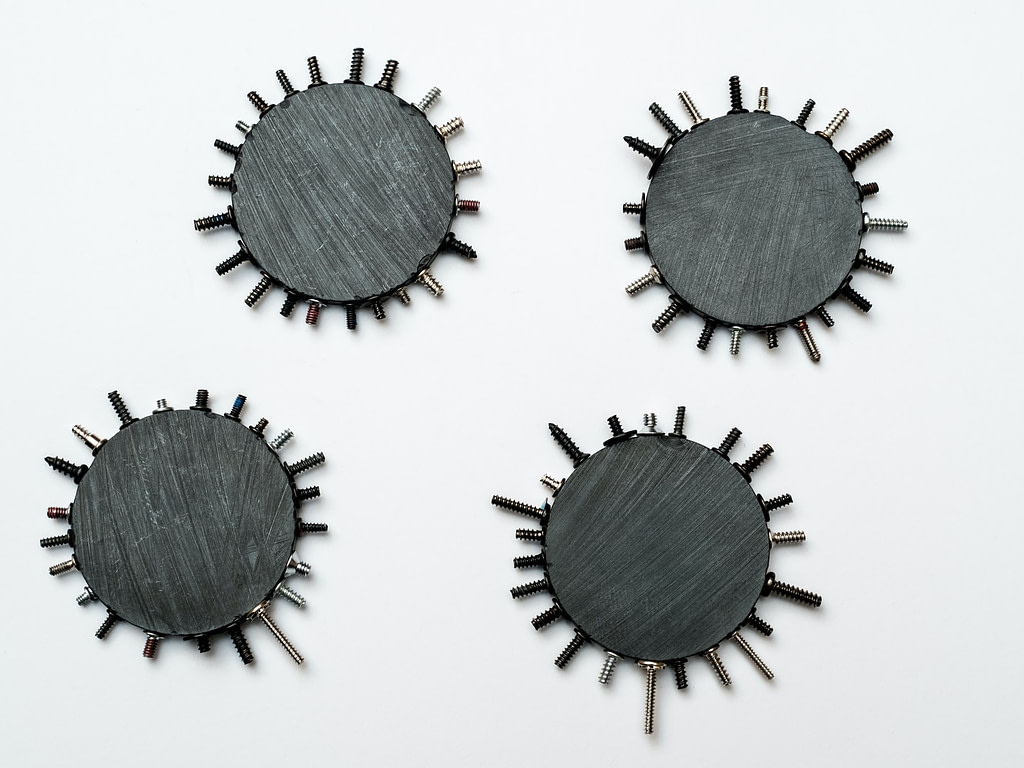 The typical individual may just need a handful of different kinds of screws.

However, there are hundreds of various kinds of screws, each with its particular use.

As experts know, having the appropriate screw for the task is critical if you want to achieve things correctly.

Here are all the common types of screws that you need to know for your furniture hardware.

A wood screw is perhaps the most popular kind of screw.

Wood screws are not made of wood. They are instead used to join two or more strong wooden items.

Wood screws feature a sharp tip that can pierce wood, making them ideal for carpentry applications.

Woodscrews are the best screws for both hard and soft timbers, as well as plywood and MDF.

Typically, they are constructed of steel or brass.

Woodscrews are a kind of self-tapping screw, meaning they produce their own thread with their tapered body and sharp head.

On the other hand, woodscrews typically require the cutting of a pilot hole in order to avoid breaking the wood.

Lag screws, often known as lag bolts, are among the most durable of all types of screws.

These very strong fasteners are often used to join thick timber or other heavy materials that are carrying a high load.

To prevent lag screws from rust and corrosion, a zinc coating is coated. Companies usually use electroplating or hot-dip galvanization to add zinc.

These screws are distinct from standard wood, self-drilling, and sheet metal screws.

Lag furniture screws are enormous in size when compared to most regular screws. The majority of lag screws are at least one inch thick and 14 inches wide.

When attaching an application made entirely of wood materials, for example, wood screws are utilized.

The threading on these wood screws is coarse, but it does not extend the whole length of the screw.

Normal wood screws thread as they penetrate the wood, while lag screws must first be bored.

A nut is also used with lag screws to provide additional strength and security to help keep items together.

Lag screws, which are used for high-load applications, can withstand much greater loads than the typical sheet metal or hardwood screw.

Machine screws, like bolts, have a socket in the head that allows them to be operated with a screwdriver.

They have identical threads, which implies that the diameter of the thread remains constant throughout their length.

This differs from the tapered threads seen on woodscrews, which carve their own thread.

Machine screws, according to Wikipedia, may have a diameter of up to 0.75 inches, making them larger than most conventional screws.

Machine screws are a cross between a tiny bolt and a screw that is used to connect metal to metal or metal to plastic.

They are used in the house to secure electrical equipment, such as connecting a lamp to an electrical box.

Metal components and panels that need to be firmly fastened together are the most frequent uses for machine screws.

This is a daily necessity in all commercial, industrial, building, installation, process, and operational settings.

Simply say, machine screws are used in the same manner as any other kind of screw or bolt.

This different kind of screw is excellent for keeping theft or robbery at bay.

They are available in a variety of sizes and shapes, but all are intended to restrict unauthorized entry to protected areas, discourage vandalism, or prevent the robbery or removal of the objects they are meant to secure.

Tamper-proof “One Way screws” are usually placed using a standard screwdriver. However, once installed, it cannot be uninstalled.

Tamper-resistant “Two Way screws” are anti-tamper screws that may be removed later if necessary.

However, installing or removing them will need the use of a specialized security screwdriver tool.

These self-tapping screws feature a coarse thread with double the thread pitch of wood screws, making them simple to drive into an array of uses such as chipboard or different densities of fiberboard.

Twinfast screws have a one-of-a-kind design that includes two threads instead of just one.

They can be driven into things twice as fast as conventional screws because they have twice the threading.

The majority of drywall screws are twin fast screws.

Having said that, twin fast screws are the best screws for drywall installation and hanging.

Because chipboard lacks natural grain, this kind of screw is excellent, and the self-centering point assists the screws in starting straight and driving true, with less danger of splitting.

A sheet metal screw is a type of hardware component that is used to fasten metal items.

This different kind of screw has a threaded shank and a flat/rounded head.

Compared to the wooden rivets, the shank of the sheet metal screw is completely threaded.

The tip and threads are very sharp, allowing them to be readily cut through strong metal surfaces or any other kind of surface.

These rivets are also used to attach metal to aluminum, plastic, hard rubber, and even wood.

If you are curious to expand your knowledge about screws, you can refer to this video by Steve Ramsey:

What kind of screw should I use? Woodworking Basics

You can always install the cabinet yourself- just follow through with our guidelines and you will perfectly nail the cabinet installment.

Knowing all the types of screws that you need is also important to never miss a step. Different types of screws have different uses in furniture hardware so you must be careful as well.

We hope our step-by-step guide was able to help you be enlightened about the process! 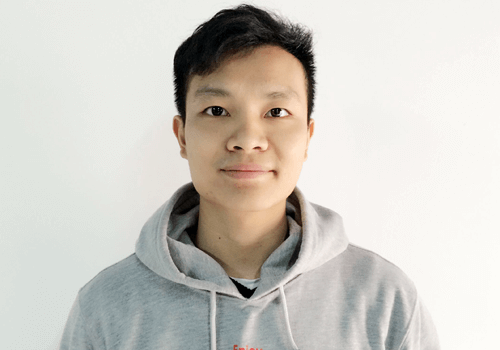 One of the founders of Riwick and worked for 4 years in the management of a large furniture factory.

He founded Riwick in 2015 and is in charge of web promotion and running the business.

Do You Have A Sourcing Project We Can Help With? 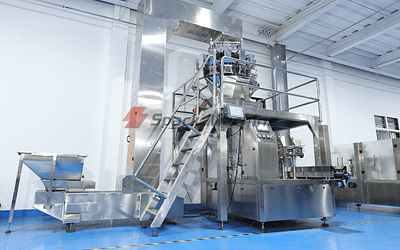 How to Import Packaging Machines From China

If you're like most business owners, you're always on the lookout for ways to save money and increase your profits,...

END_OF_DOCUMENT_TOKEN_TO_BE_REPLACED 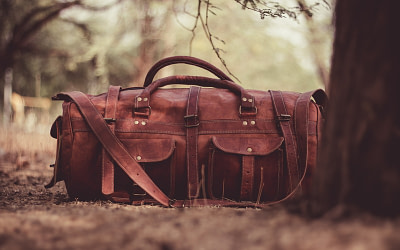 Everything You Need To Know About PU Leather

PU leather is everywhere these days. You can find it on everything from jackets to wallets to furniture. But what is...

END_OF_DOCUMENT_TOKEN_TO_BE_REPLACED 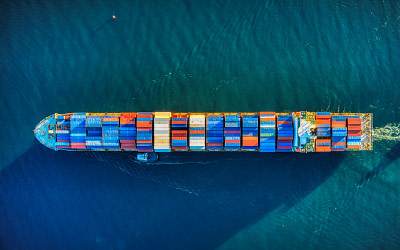 The importance of the basic shipping container is not understood or recognized by the majority of people. The term...

END_OF_DOCUMENT_TOKEN_TO_BE_REPLACED

This site uses Akismet to reduce spam. Learn how your comment data is processed.